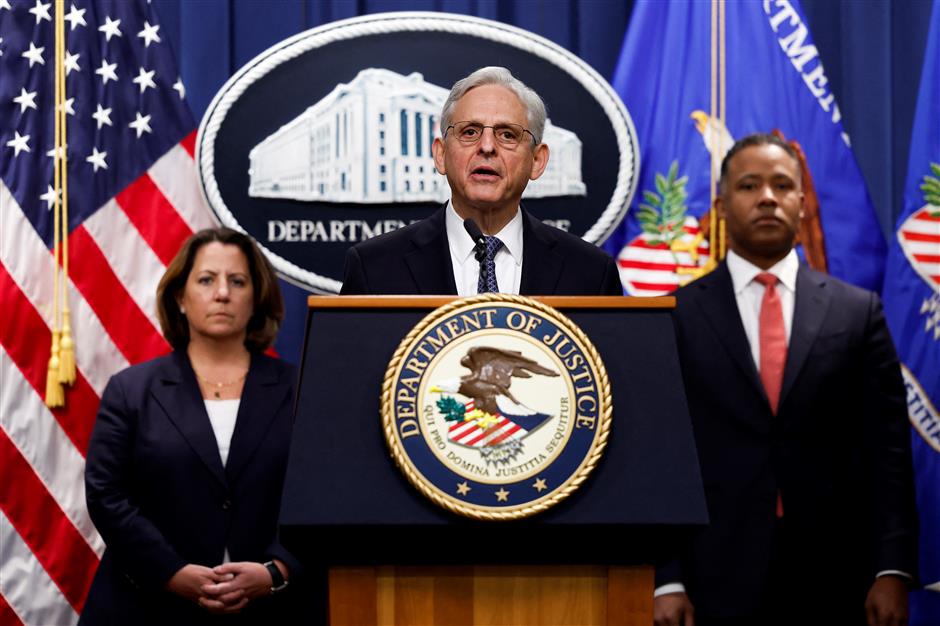 US Attorney General Merrick Garland announced on Friday the appointment of a special counsel to oversee investigations relating to former President Donald Trump.

The announcement came days after Trump, a Republican, launched his third bid for the White House.

"Based on recent developments, including the former president's announcement that he is a candidate for president in the next election, and the sitting president's stated intention to be a candidate as well, I have concluded that it is in the public interest to appoint a special counsel," Garland said in a statement.

Sitting US President Joe Biden, a Democrat who defeated Trump in the 2020 election, has said that he intends to seek re-election and that he would likely make an official decision "early next year."

The first is an investigation into whether any person or entity unlawfully interfered with the transfer of power following the 2020 presidential election or the certification of the Electoral College vote held on or about January 6, 2021.

The second is an ongoing investigation involving classified documents and other presidential records at Trump's Mar-a-Lago estate in Palm Beach, Florida, as well as the possible obstruction of that investigation.

"I will ensure that the special counsel receives the resources to conduct this work quickly and completely," Garland said.

Smith has resigned as chief prosecutor for the special court in The Hague to take the new role.

Trump has lashed out at a series of investigations involving him, alleging that they are politically motivated.