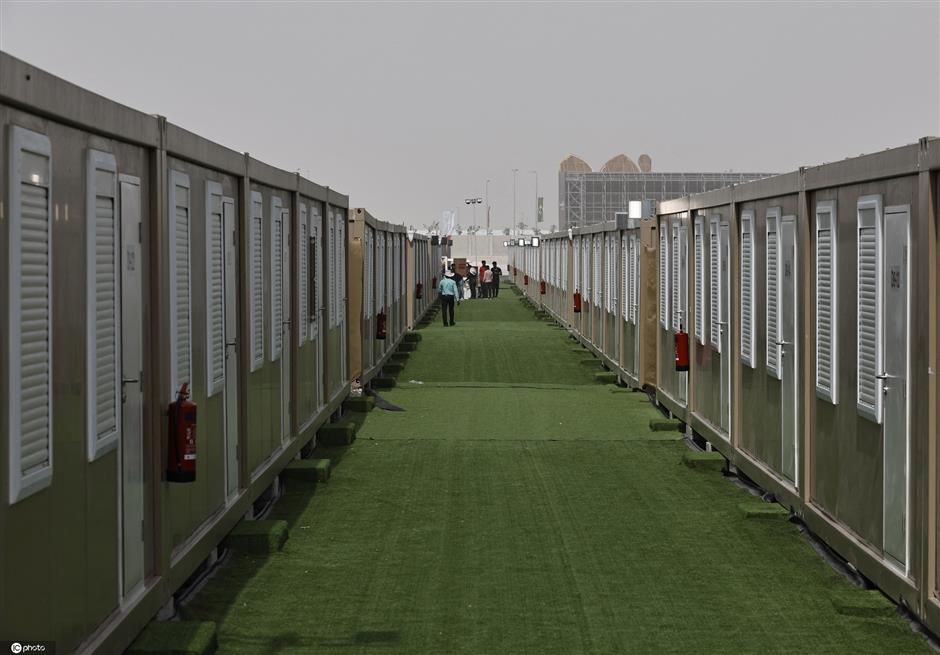 The Fan Village Cabins Free Zone at the FIFA World Cup in Qatar.

A fan village in Qatar, the host country of the 2022 FIFA World Cup, had cabins renovated from Chinese-made shipping containers, according to news outlet The Cover.

One container, which can sleep up to two people, costs US$200 a night, making it more affordable for budget-conscious football fans than a regular hotel room in the city, which can cost several thousand dollars per night. 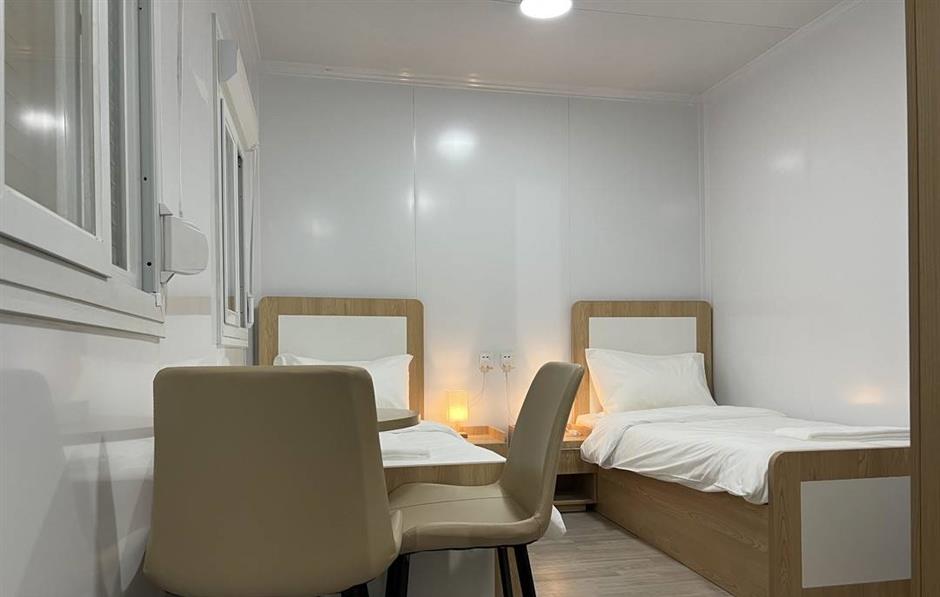 One container can accommodate two people. 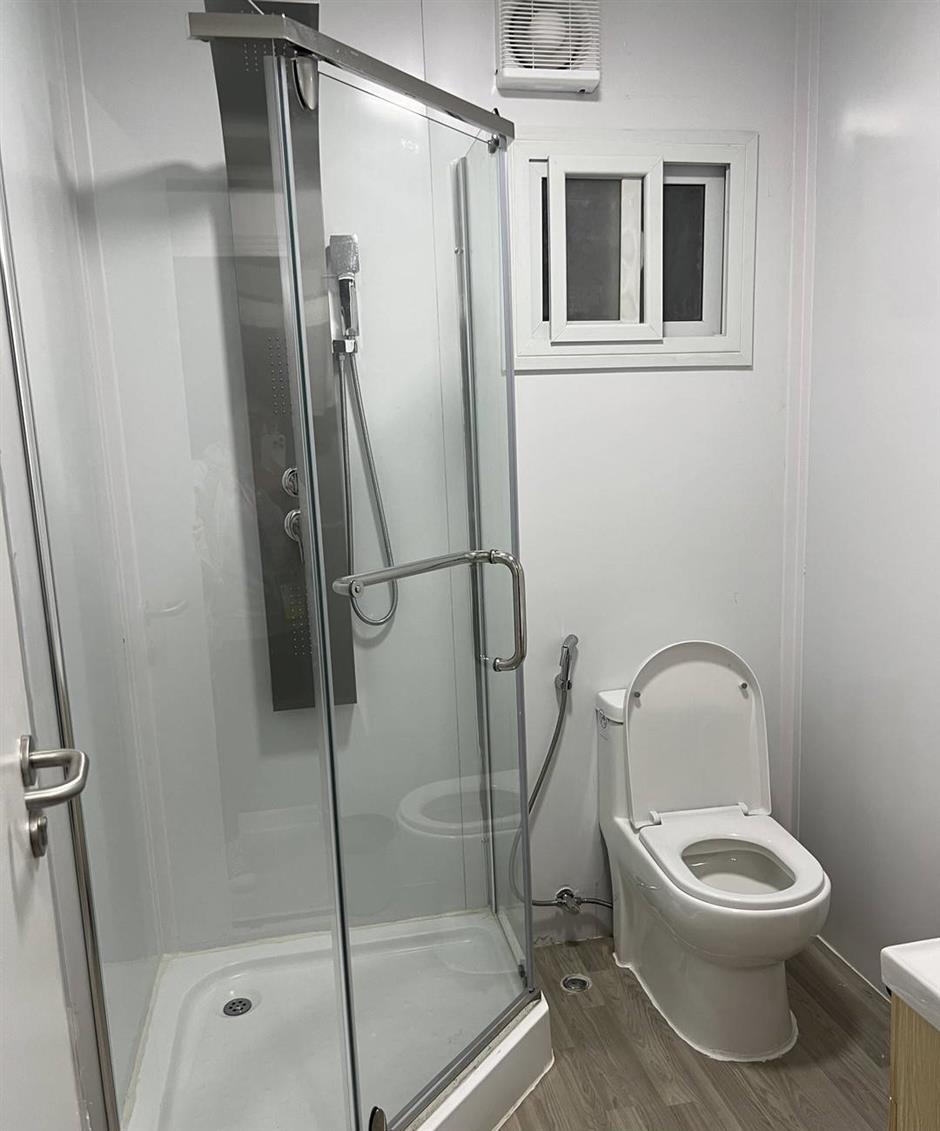 A bathroom inside the cabin.

The cabin has two beds, two wardrobes, and lamps. It also has a water bar table with a mini-fridge and kettles at the corner of the door.

There are about 6,000 containers, and 60 percent of them have been booked. A village staff member said that close to 2,000 people will arrive soon.

There are other amenities, including two open plazas with beanbags on the ground where guests can watch a football game, a food street serving international cuisines, and a fitness center.

After the World Cup, the containers will be sent to African countries that can use them, the report said. 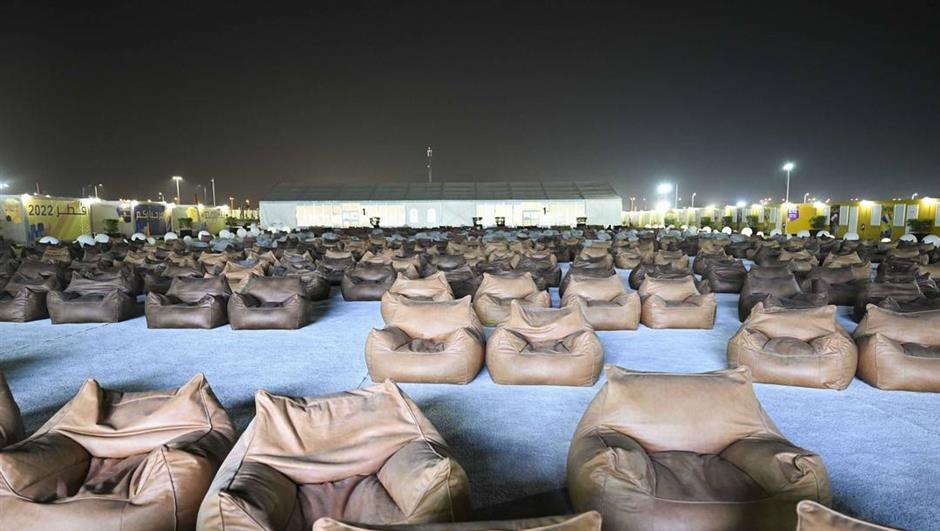 Fans can sit on beanbags to watch the games as part of an outdoor activity. 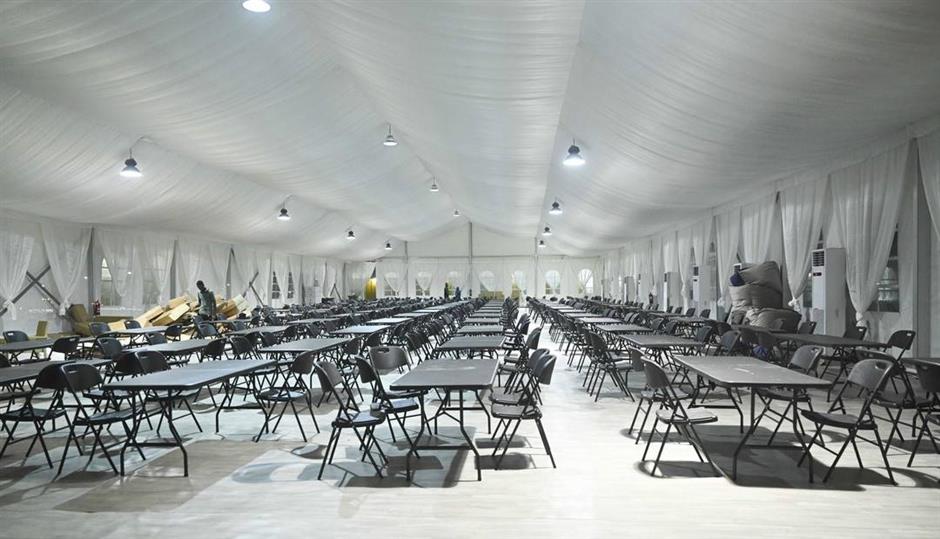