Pelosi says to step down as top Democrat in US House 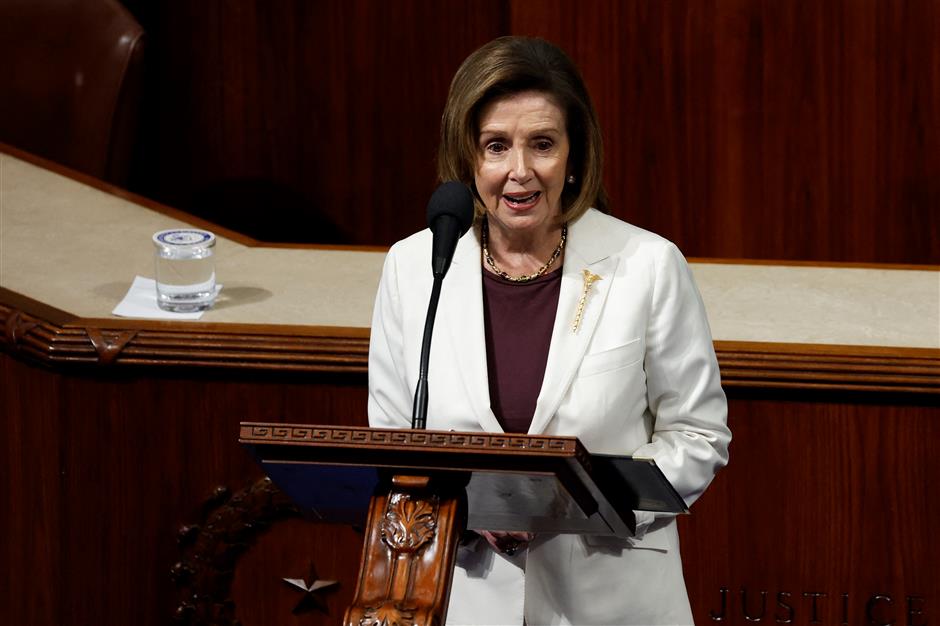 US Speaker of the House Nancy Pelosi delivers remarks from the House Chambers of the US Capitol Building on November 17, 2022, in Washington, DC.

US House Speaker Nancy Pelosi announced on Thursday that she's stepping down as top Democrat in the House of Representatives.

"I will not seek reelection to Democratic leadership in the next Congress," Pelosi said in a floor speech at noon.

At the age of 82, Pelosi was re-elected this year to represent California's 12th congressional district in the House on Capitol Hill.

US media outlets have projected Republicans will take control of the lower chamber after the 2022 midterm elections.

It's unclear who will lead House Democrats in the coming two years with Pelosi's departure from the leadership.

Speaker is the political and parliamentary leader of the House, one of the two legislative bodies in the US Congress.

Democrats will retain control of the US Senate in the next Congress, which will convene for the first time on January 3, 2023.

Public trust in Congress reached an all-time low, with only 7 percent of Americans expressing "a great deal" or "quite a lot" of confidence in it, according to a Gallup poll released this summer.