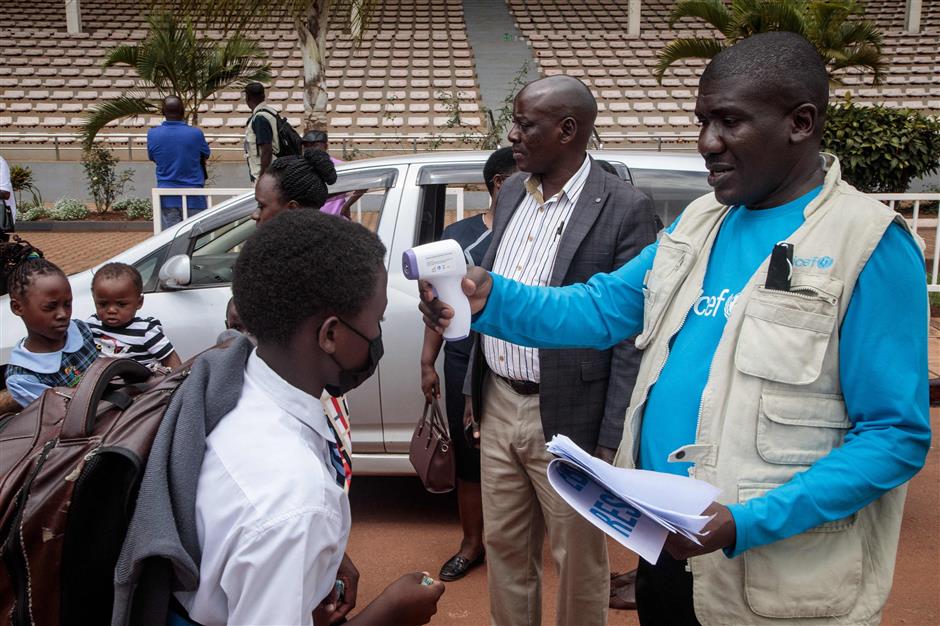 A student gets his temperature checked before riding a chartered bus home after a directive of the Health Ministry to close all schools two weeks earlier to curb the spread of Ebola in Kampala on November 25, 2022.

Uganda on Tuesday ended a 42-day count down to be declared Ebola-free with no case reported in the period, the country's Minister of Health said.

Ruth Aceng, in a tweet, hailed the public for its vigilance in helping end the Ebola Sudan Virus outbreak, which was first reported in the country on September 20, 2022.

The World Health Organization says for a country to be declared Ebola-free, it should spend 42 days (two 21-day incubation cycles of the virus) without any new cases reported.

According to the Ministry of Health, an official event to declare the country Ebola-free has been scheduled for Wednesday in the Central Region district of Mubende, which was the epicentre of the outbreak.

Ministry of Health figures issued as of November 30 show that the country had registered 142 confirmed cases, 56 deaths, and 86 recoveries.