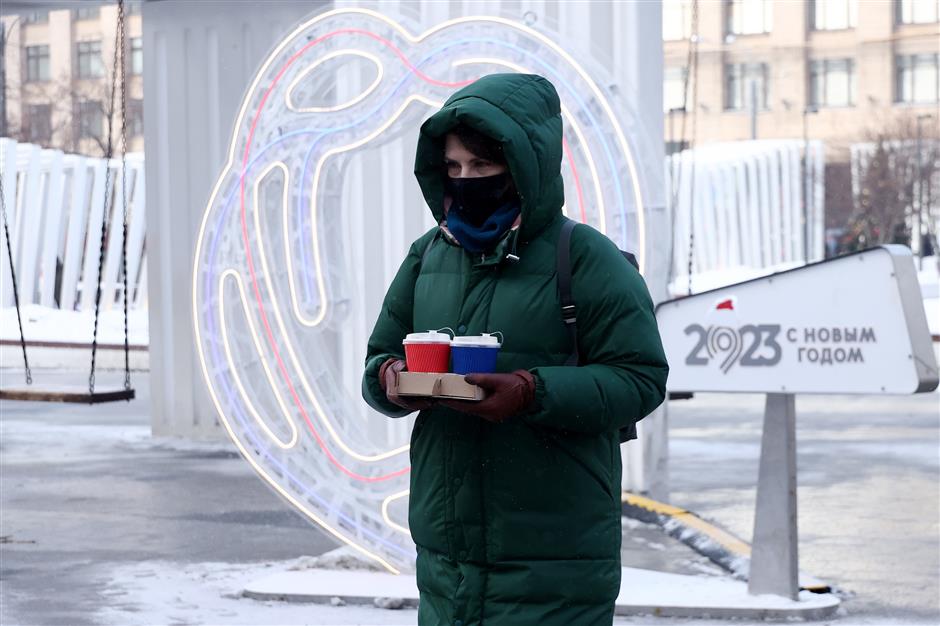 A woman with hot drinks in Triumfalnaya Square in winter on Monday.

Extremely cold weather occurred across the northern part of Russia's Far East on Tuesday, with temperatures falling below minus 60 degrees Celsius.

In the Oleneksky district of the Republic of Sakha (Yakutia), temperatures dropped to as low as minus 61 degrees Celsius on Tuesday morning, Russia's RIA Novosti news agency reported.

In Yakutsk, the capital city of Yakutia, classes for grade one to grade eight students were cancelled due to the cold weather. Schools in some rural areas were also forced to close down.

The local emergency agency has warned people to insulate their cars and bring enough supplies should they travel outside their settlements.